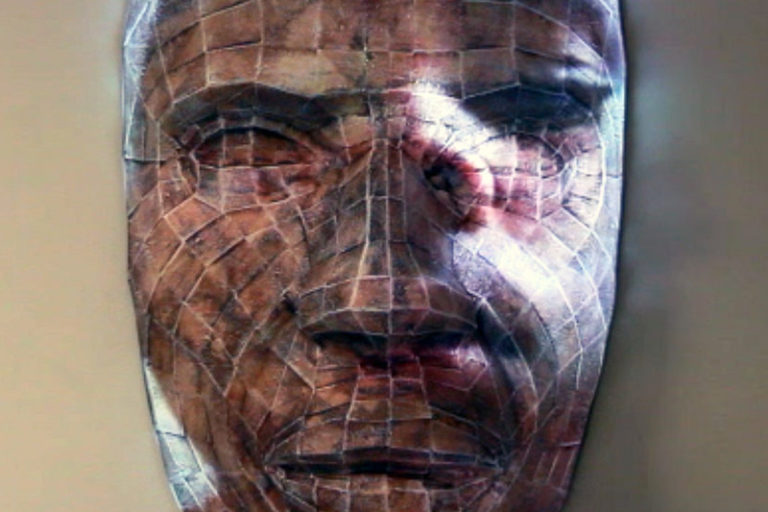 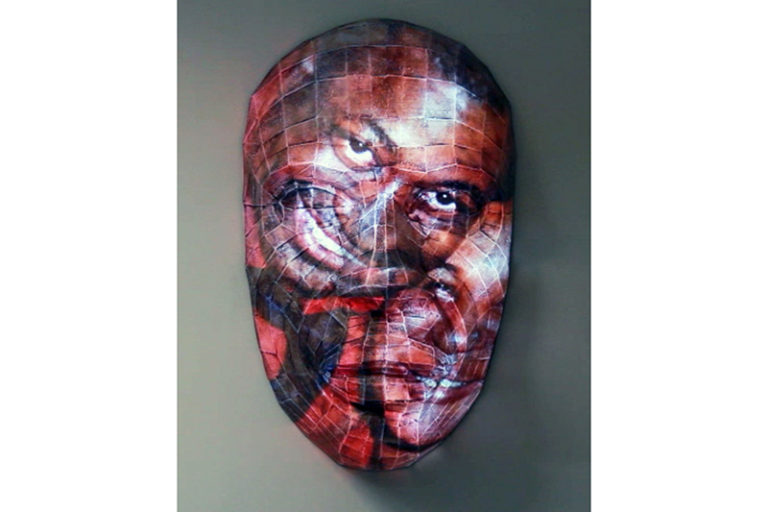 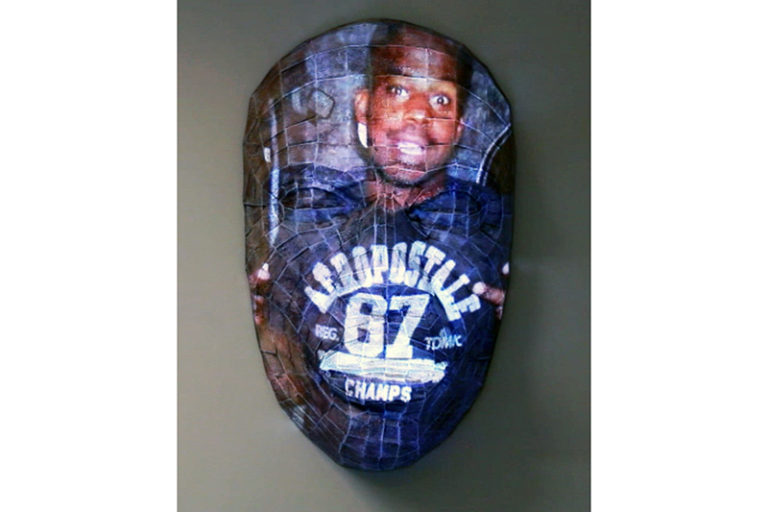 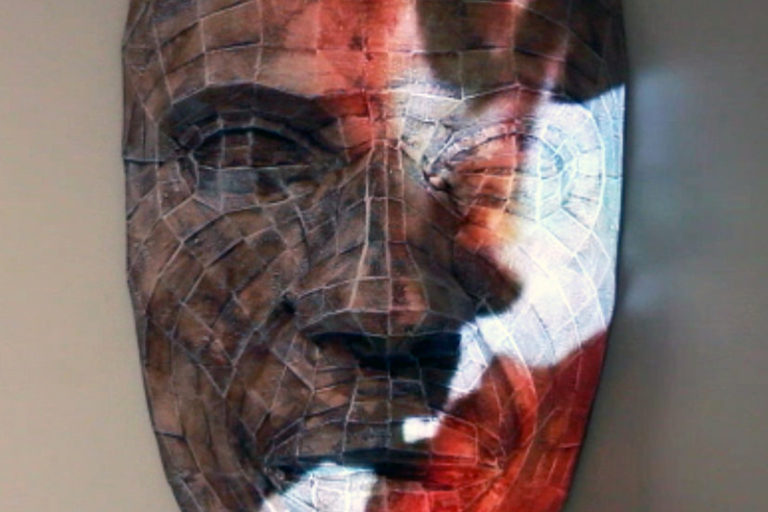 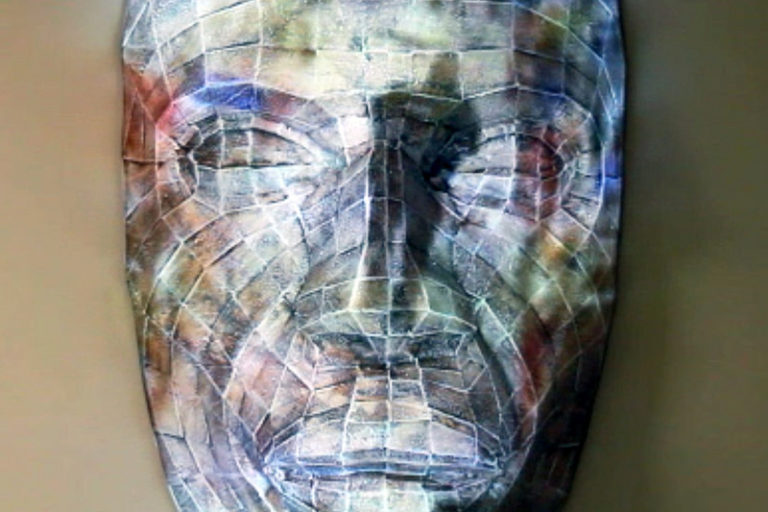 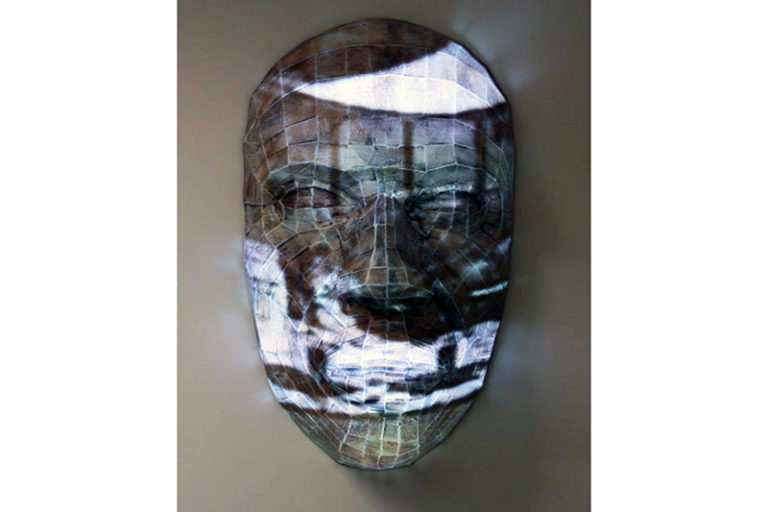 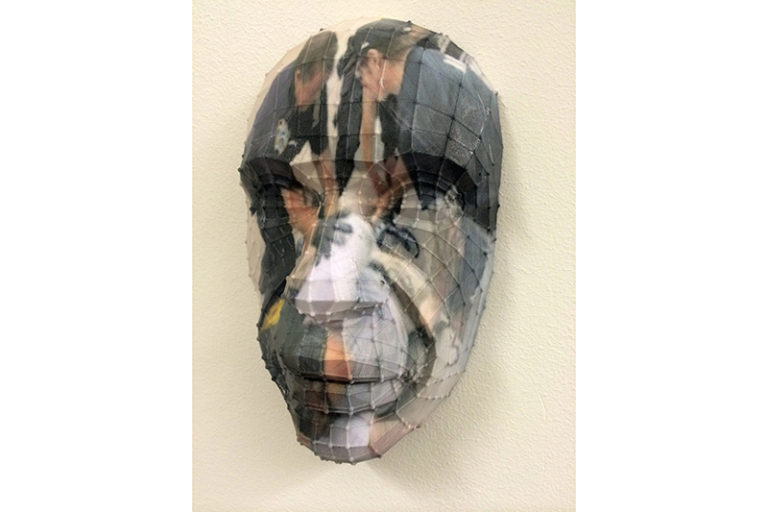 A reliquary is a receptacle used to hold, display and keep sacred relics. The form and spirit of this work is directly informed by the reliquary figures of the Kota People in Gabon. This reliquary is dedicated to African American men who lost their lives in tragic encounters with the police in 2014.

John Coltrane’s Alabama, written in response to the 16th Street Baptist Church bombing on September 15, 1963 provides the framework and structure for the video that is projected onto the surface of the laser cut and polychromed relief sculpture.

The work uses projected video footage to bear witness to the tragic interactions with police that lead to their death juxtaposed against portraits that contain the basic humanity of these people whose lives were cut short all too soon. The choice of projection mapping as a process serves as a metaphor for the many ways that images are projected onto African American boys and men in American society in particular.