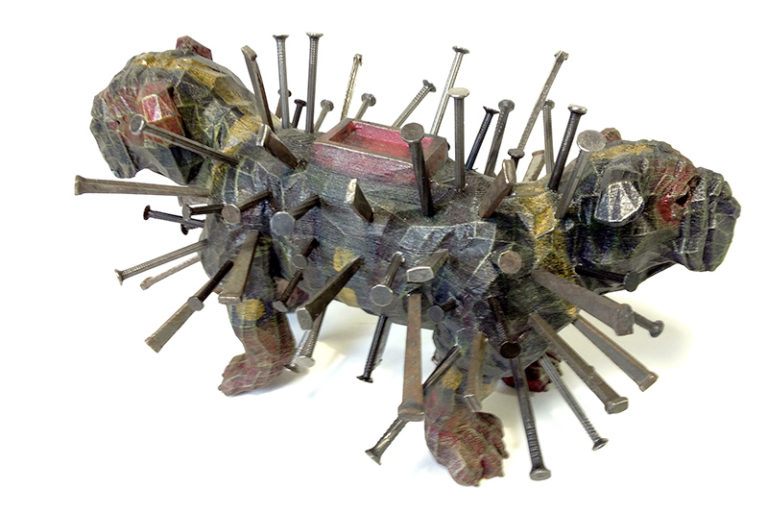 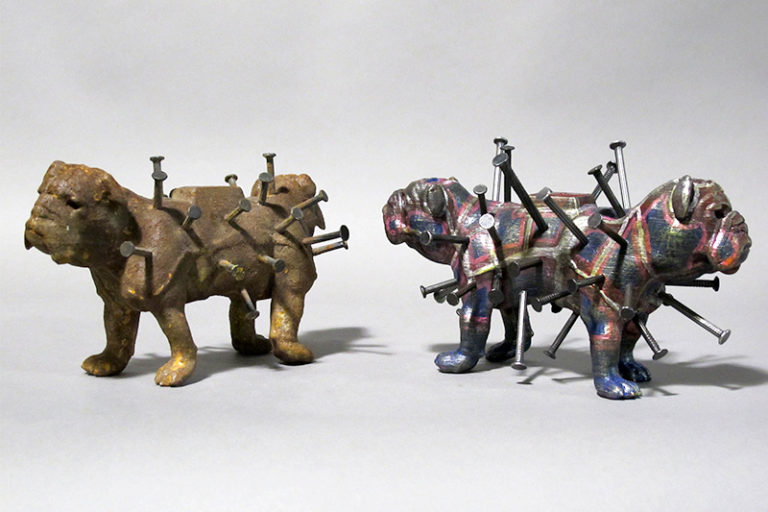 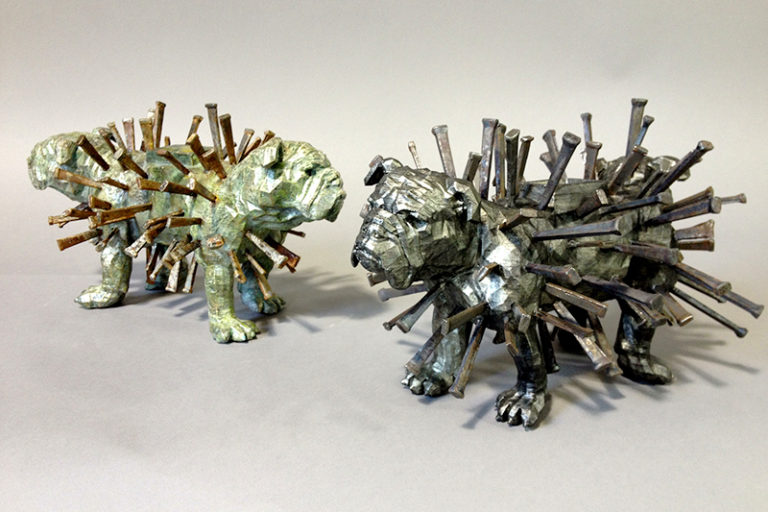 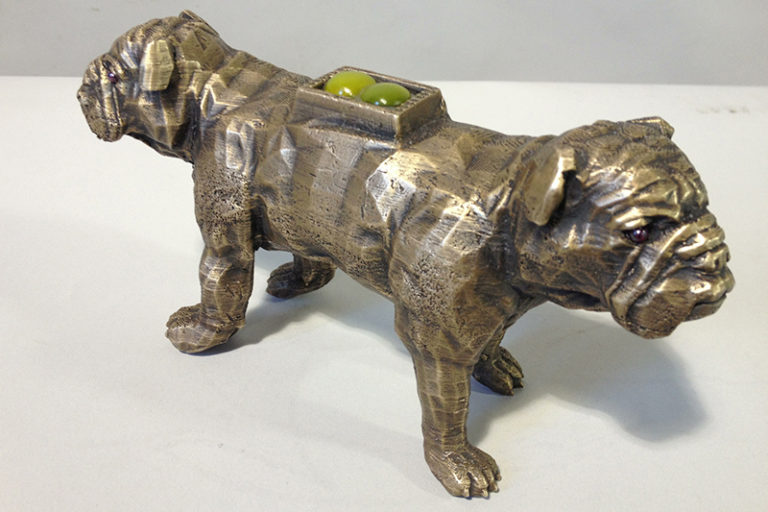 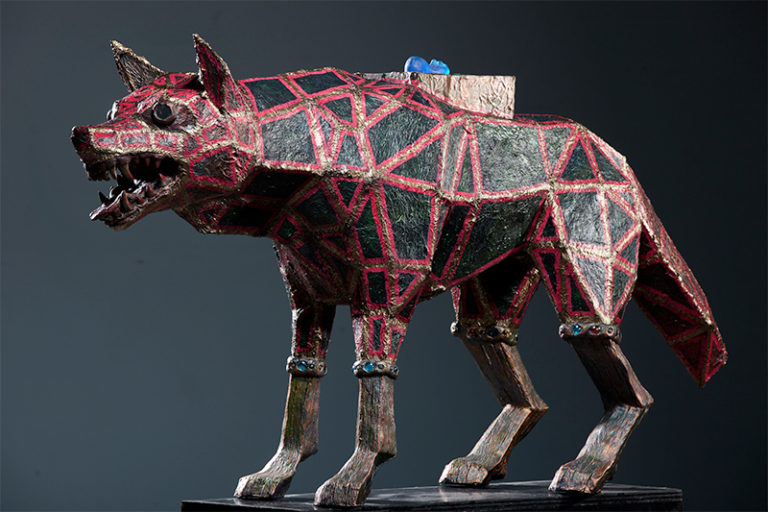 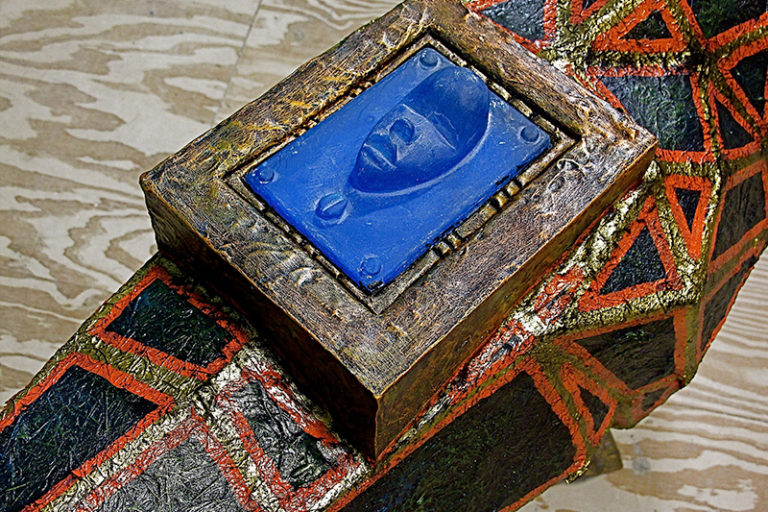 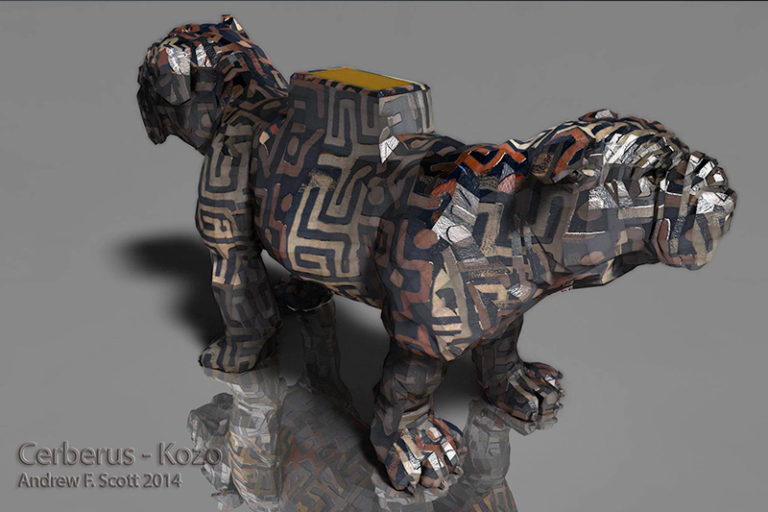 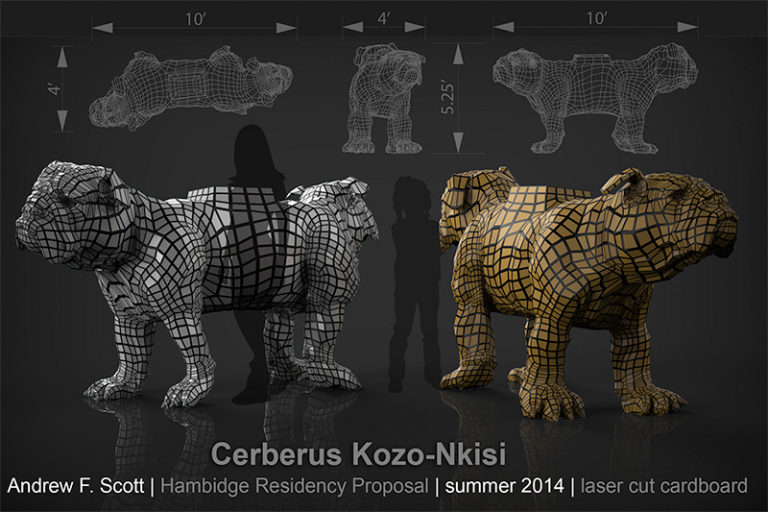 Cerberus was the offspring of Echidna, a hybrid half-woman and half-serpent, and Typhon, a gigantic monster even the Greek gods feared. Its siblings are the Lernaean Hydra; Orthrus, a two-headed hellhound; and the Chimera, a three-headed monster.[5] The common depiction of Cerberus in Greek mythology and art is as having three heads. In most works, the three heads each respectively see and represent the past, the present, and the future, while other sources suggest the heads represent birth, youth, and old age.[6] Each of Cerberus’ heads is said to have an appetite only for live meat and thus allow only the spirits of the dead to freely enter the underworld, but allow none to leave.[7] Cerberus was always employed as Hades’ loyal watchdog, and guarded the gates that granted access and exit to the underworld.[8]

Kongo carvers produced wooden carvings (minkisi, singular: nkisi) in human form, which were used in rituals to solve problems or to gain wealth, and also in the form of animals, particularly the double-headed dog Kozo.

Among the Kongo wild animals are associated with the dead, who are buried away from villages, either in the forests or across rivers. Domesticated animals such as dogs live in villages but are used to hunt game in the forests. They are, therefore, considered as mediators between the worlds of the living and the dead.

Kozo’s two heads and four eyes make him particularly potent in this role. Powerful medicines bound with resin or clay, a substance particularly associated with the dead, are placed on the animal’s back; these empower the figure to act on behalf of the nganga or ritual specialist. To instruct the nkisi in a particular task, the nganga would drive an iron blade into the figure, with an accompanying invocation.