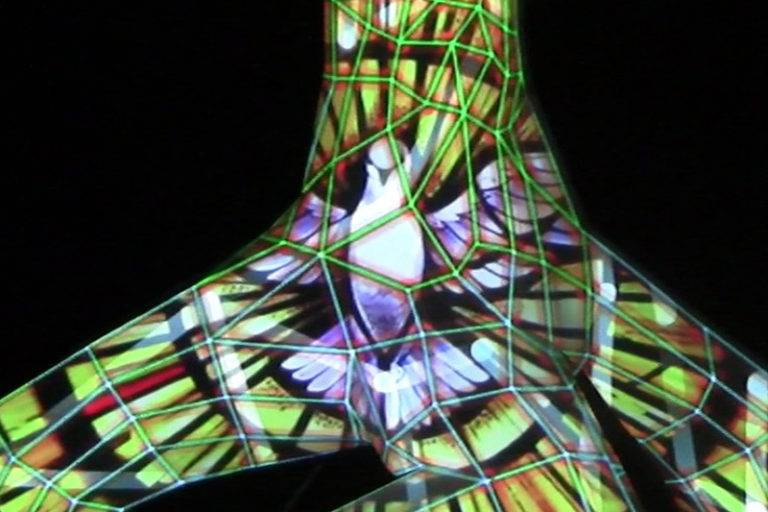 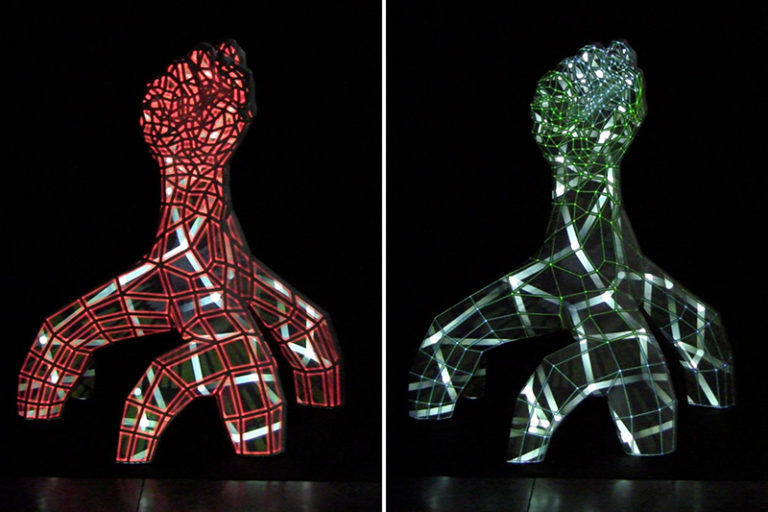 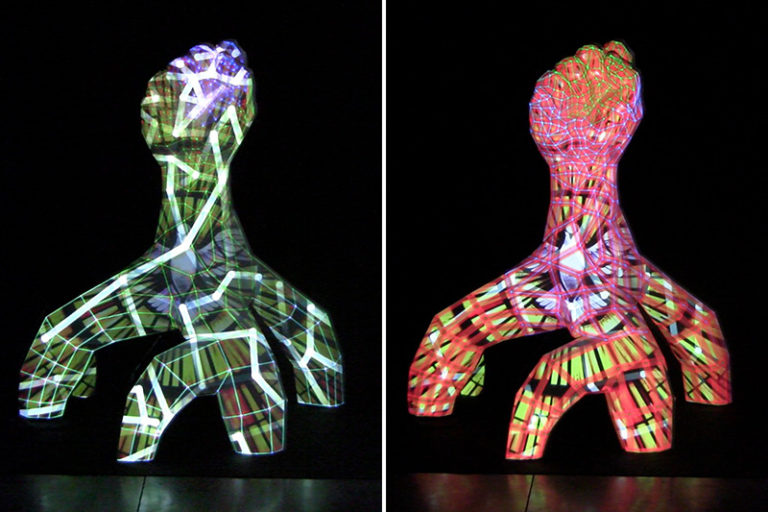 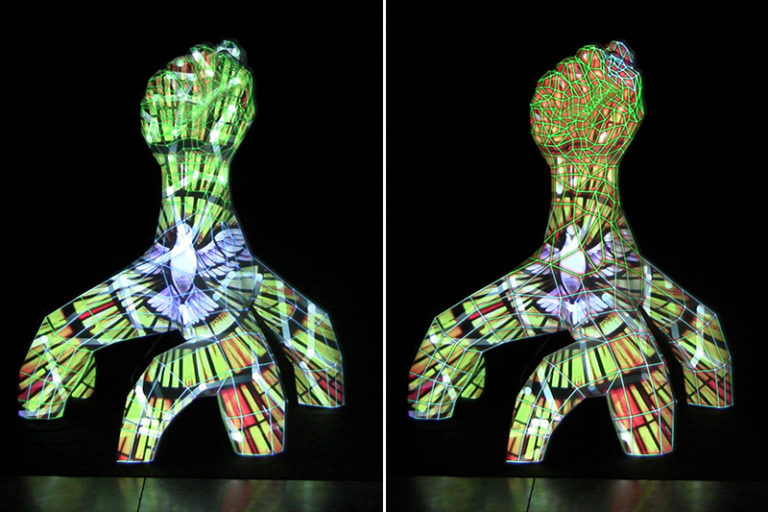 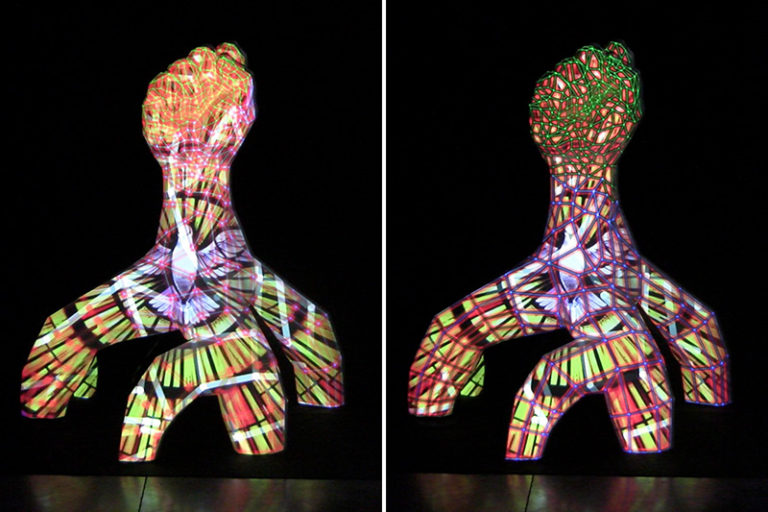 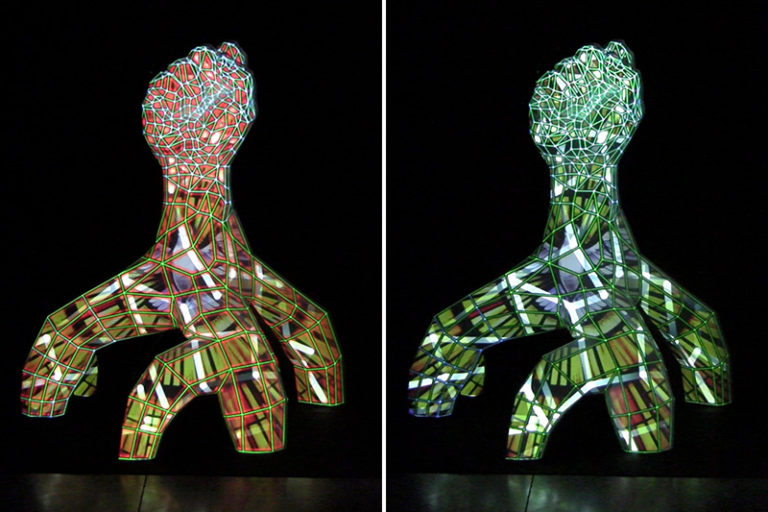 Projection Mapped Sculpture inspired by the song of the same title by Terence Blanchard from his 2015 album “Breathless”. Everglades is an epic-length piece composed by Fabian Almazan, an Opus composition with several musical movements.

This composition allowed me to explore several aspects of sound synthesis and parametric content creation using sound parameters from the musical composition. Working with this song helped me to develop the visual vocabulary that I use as I activate static forms with movement, images and light.