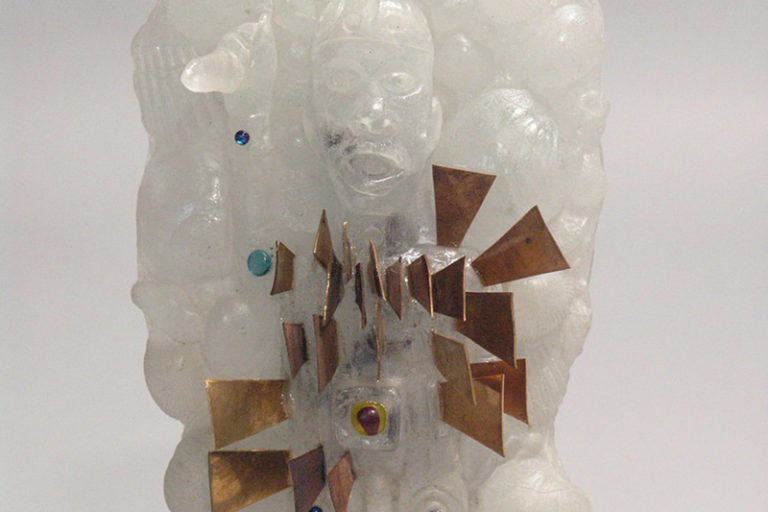 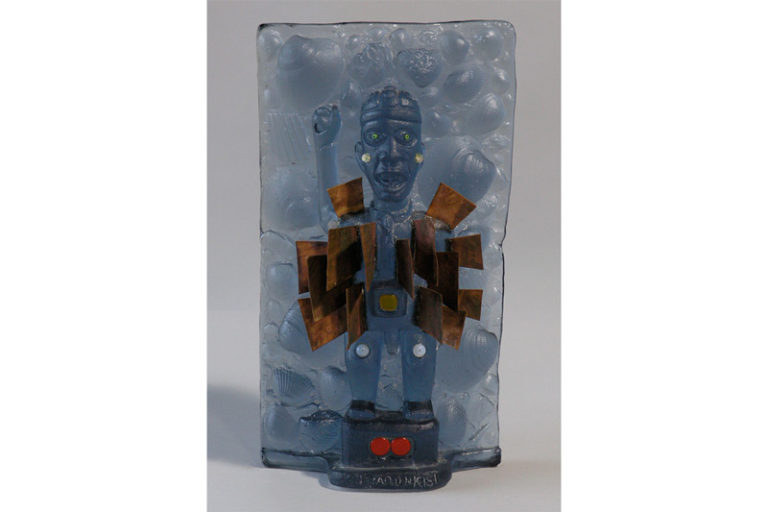 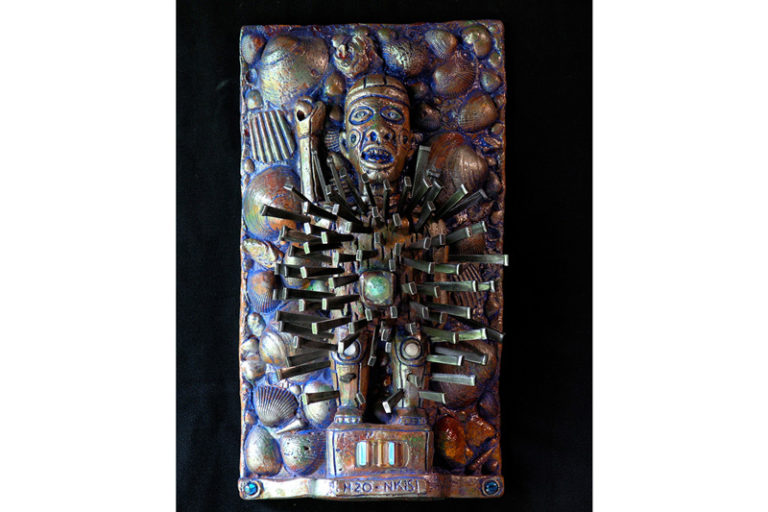 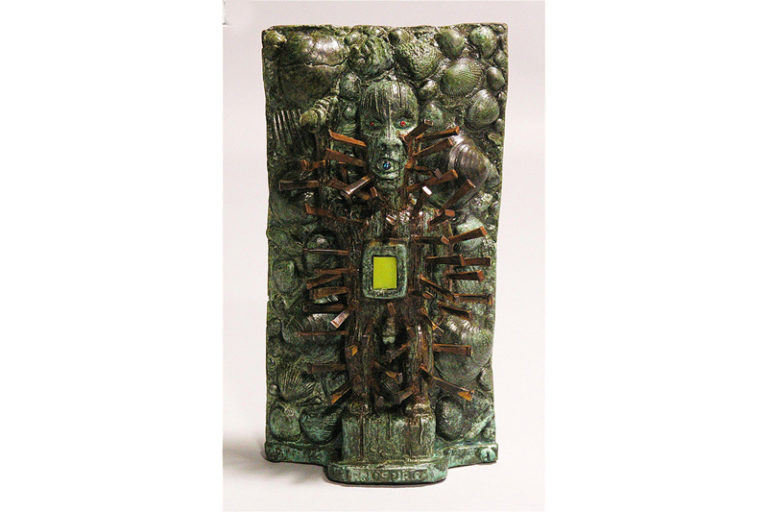 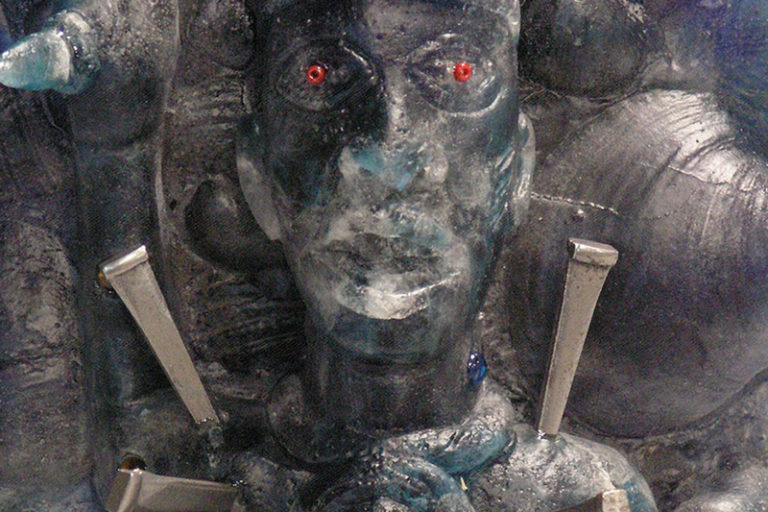 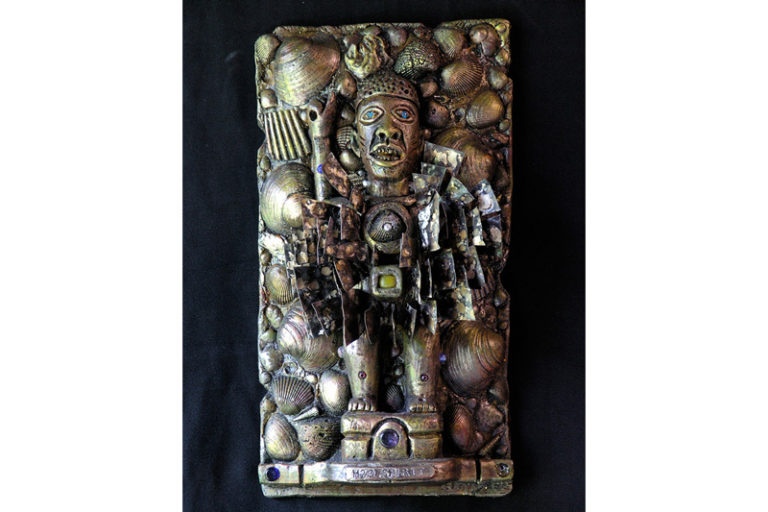 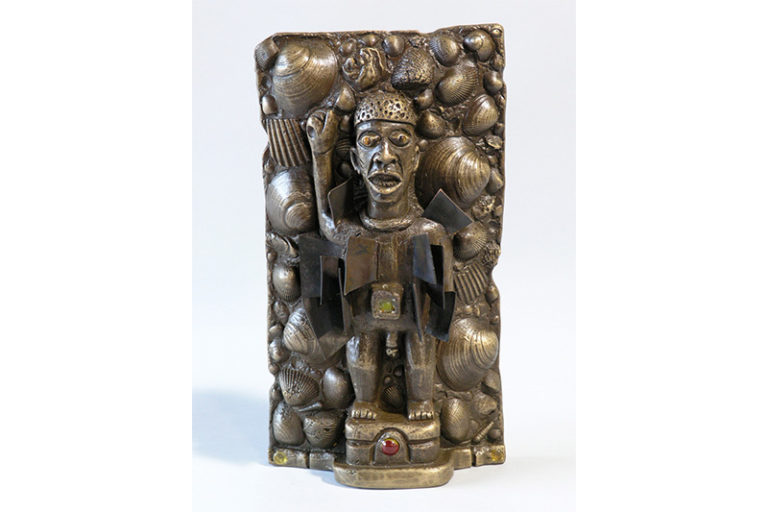 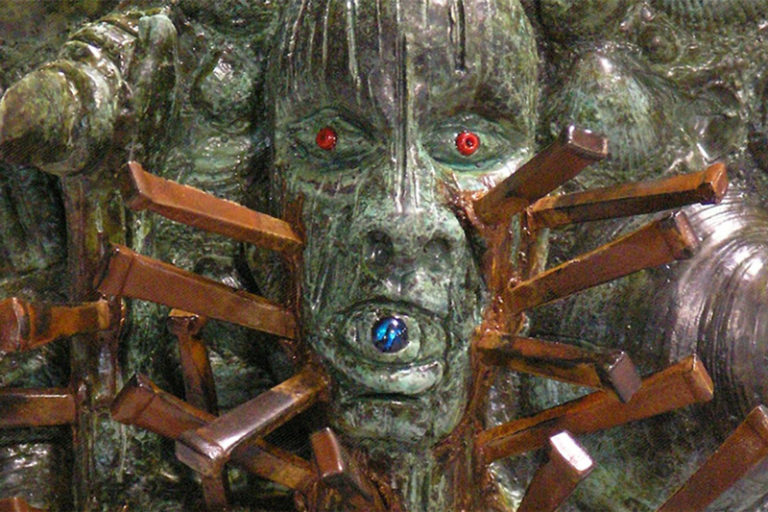 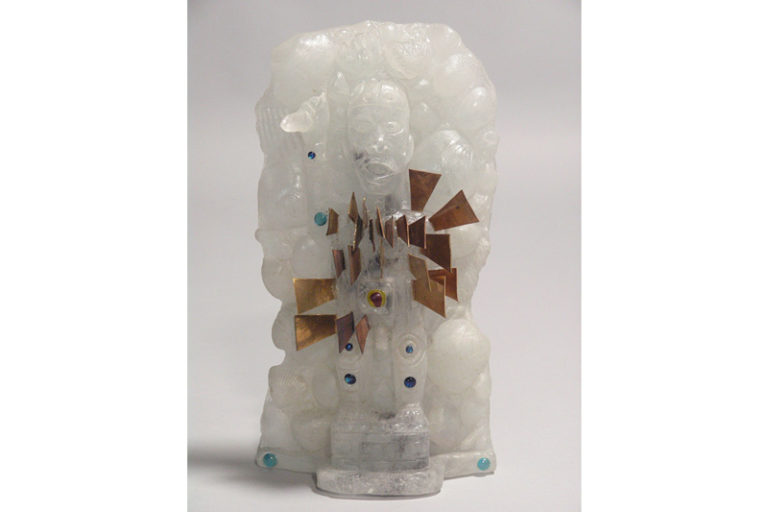 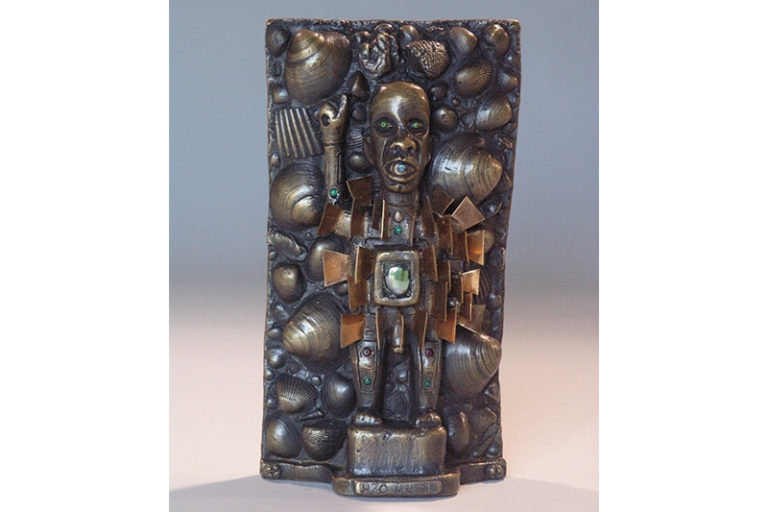 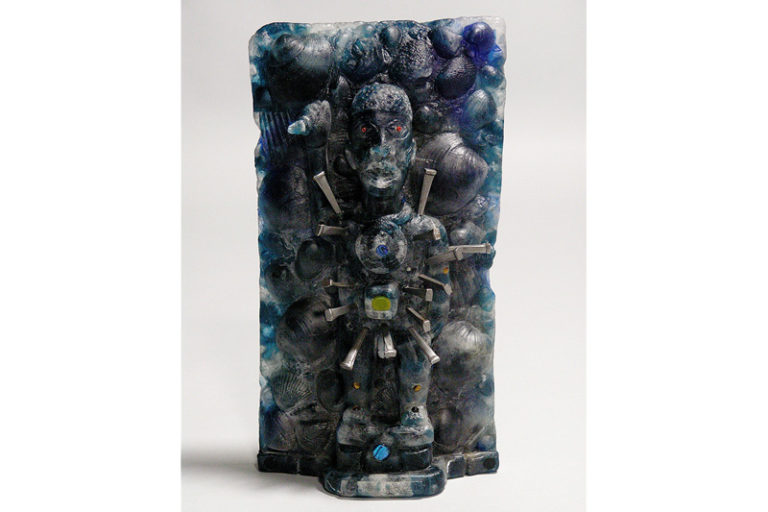 In this series, two distinct iconographic forms are combined to create a protective invocation of power towards weather and storms. The figure in the foreground incorporates Knonde/ Nkisi forms as an invocation of power. The inlay of the figure into its background adopts the sea shell vernacular that is used in construction, encases objects and is used on burial mounds found along the south Atlantic coast of the united states.